This exhibition, which required an investment of more than $ 700,000, traces the career of the painter Arthur Villeneuve and makes ​​a return on several events of his life. Without any artistic training, Arthur Villeneuve has carved an important place in the Quebec art scene with a raw talent, a personal style and amazing imagination. Curious by nature and gifted with a good sense of observation, he made provision of perspectives, topics and images as sources of inspiration. He took many liberties in the representation of natural and urban landscapes, but he also mixed ages. He painted what he felt, first and foremost. His career was marked by a production of nearly 4000 paintings and 2000 drawings.

To make room for this exhibit, the Arthur-Villeneuve Display has been completely revamped. The painter’s house is still the centerpiece, but many elements were added including several interactive stations. It contains several paintings of the artist, a projection of the sky above the house, a station where you can hear audio excerpts from interviews conducted by Radio-Canada and a virtual tour of the second floor of the house as well as two touch screens that will allow visitors to try out the video game that was produced as part of the exhibit.

December 2019 marks the return of the Chicoutimi Photo Club to La Pulperie for its annual...

The treasures of the Corporation des Crèches de Rivière-Éternité
To commemorate the passion of a collector, Mr. Jean-Marie Couët, La Pulperie has assembled a series... 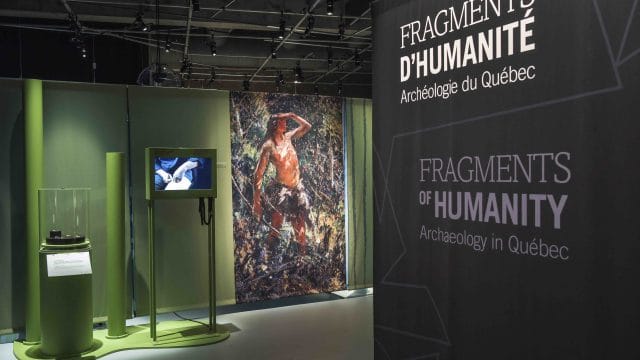 Fragments of Humanity. Archaeology in Québec

This is the first major exhibition entirely dedicated to Québec’s archaeology, and it celebrates 50 years...